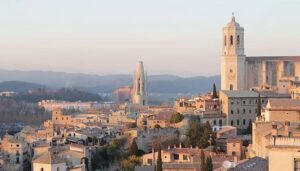 STARS is holding the 6th International Conference on Salutogenesis in Girona, Spain, from June 17th to 18th, 2021, in partnership with IUHPE. (Due to ongoing concerns about COVID-19, the conference will be held online.) The working title for the conference is “Advancing Salutogenesis towards thriving societies.”  The conference aims to:

​STARS invited the public to submit abstracts for presentation at the conference.  The New Human University responded to the invitation by submitting two abstracts (the maximum number allowed per presenter) and, as of April 6th, 2021, one of those abstracts was accepted.

The NHU is going to be among STARS at the 6th International Conference on Salutogenesis.

The core technology of The New Human University used in all our programs is an Inner Organic Technology that initiates a SalutoGenic response. SalutoGenesis awakens dormant, evolutionary, self-promoting functions within the human body — including higher functions of the higher brain, higher heart, and human DNA — which in turn awakens the higher mind, including higher consciousness, and promotes higher stage development. Humans that operate with higher, emergent, evolutionary functions create thriving culture and society. And while The NHU does not directly promote health, health and wellness are natural and organic results of promoting SalutoGenesis through activation of Inner Organic Technology.

At the conference, we will present our work and associated research.

Here’s one of the two abstracts:

The methods and systems enacted by The New Human University (NHU) have been demonstrated in academic research to be associated with positive quality-of-life changes as assessed by validated scales of flourishing, mastery, happiness, anxiety, and depression. Said methods and systems (1) awaken latent Salutogenic mechanisms and functions in the human body, brain, and mind via a protocol of low-force contacts on the body, and (2) promote integrally informed enactment of newly emergent capacities into culture and society.

In February 2021, a new cohort of ~50 students began a year-long program within The NHU, activating latent Salutogenic mechanisms and integrally applying emergent capacities to the life process within a “WE-space.”

If you find this work important, then you may wish to be an active participant in both self-development and in the development of thriving societies through the SalutoGenic framework and the structures for enactment provided by The New Human University.

We have several programs available to meet the needs of the public, but our highest-level program — the one that is responsible for (1) massive personal and cultural transformation as well (2) providing research data — is PraxisAletheia: The Metamodern Mystery School.

You’re invited to participate in the class of 2022.  While classes start January 31st, 2022, we’ve opened early enrollment which provides at least 2 major benefits

If you think you may be a fit, then watch this webinar.