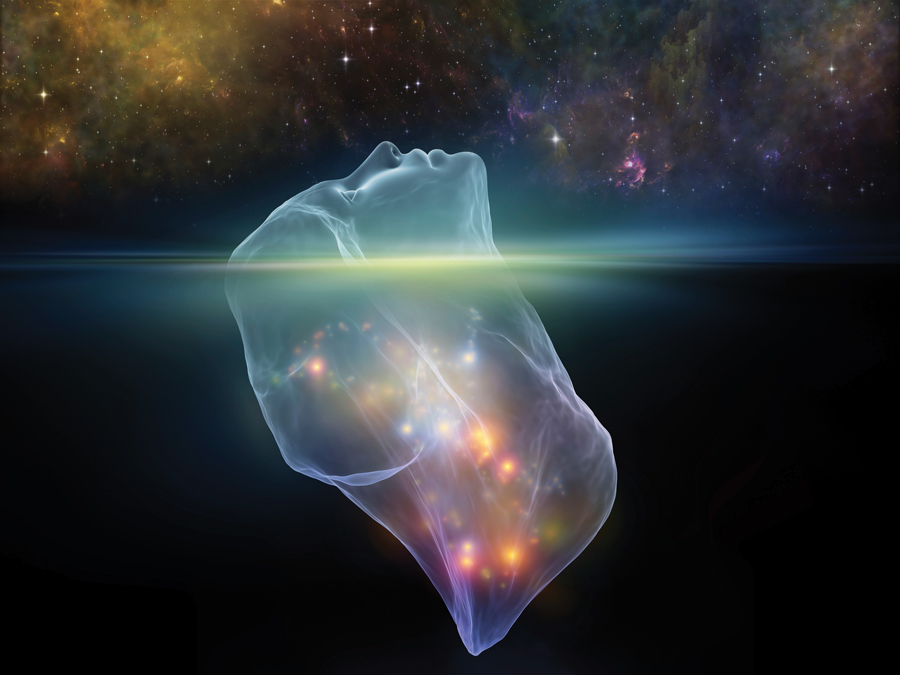 “The ‘design’ of plants and animals and traditional artifacts did not just happen. As a rule, both the shape and materials of any structure which has evolved over a long period of time in a competitive world represents an optimization…”

— “Structures: or why things don’t fall down”

James E. Gordon, a founder of materials science and biomechanics

I’m going to give you the punchline first: your body has a capacity to release latent energy and behave as high-temperature liquid-crystal superconductor.

There. We said it. You may already have an innate or intuitive sense of what we’re talking about but, just in case, we’re going to back these claims up with both ancient wisdom and scientific research.

For thousands of years, early explorers of human potential mapped out pathways in the body that seemed connected to either healing or spiritual awakening. The Upanishads and Vedas — ancient sacred text (c. 1500–200 BC) which define truth for Hindus — describe up to 350,000 “Nadis” or pathways in the body. In acupuncture, which originated in ancient China (evidence as early as 6000 BC), there are 12 major and 8 minor meridians.

In the ancient wisdom traditions, these pathways carried a “sacred energy” that has been called Chi, Qi/Ki, Prana, and the Holy Ghost.

But now, modern science evolves our understanding. Scientists have formed conclusions after experimenting with the sacred energy and the pathways in the body. For example, in 1999 Dr. Hiroshi Motoyama, who has doctoral degrees in both philosophy and psychophysiology and founded the Institute for Life Physics and the California Institute for Human Science, published the following conclusions in Science and Medicine Magazine. 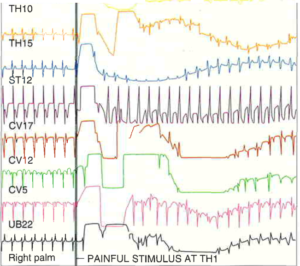 “The conclusions from these experiments: (1) Dermal connective tissue is the physical location of the meridians. (2) The timing and phase between response of meridian and sympathetic nerves differs. (3) The meridian system and the nervous system have dis­tinct [location] distributions.

What does that mean?

There are physical signal pathways in the body that are different in form, phase, function, and location than the nervous system. And those pathways are just under the surface of the skin in the connective tissue.

What’s so special about connective tissue?

This is not an optical illusion. It’s a “Tensegrity Table” that is held together by tension and compression.

Buckminster Fuller coined the term “tensegrity” which is a combination of the words “tension” and “integrity.”  All mechanical structures maintain structural integrity through stress & strain, tension & compression.

“Biotensegrity at the cellular level allows the cell to mechanically sense its environment and convert mechanical signals into biochemical changes.”

Forces of stress and compression store energy in many organic structures of the body, including connective tissue, which is found distributed throughout the entire body, holding everything together in a crystalline structure, matrix, or lattice. And when stretched and compressed, certain structures in the body (which also includes bone, cartilage, tendons, ligaments, and even DNA) emit energy in the form of piezoelectricity.

Could this piezoelectric energy emitted by compressed connective tissue in the meridian system be related to the sacred energy described by ancient wisdom traditions? 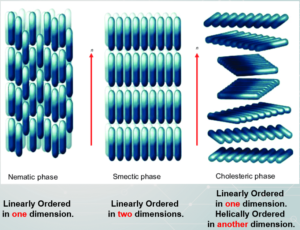 It may sound like a paradox, or oxymoron, but there is a phase of matter that’s called “liquid crystal.”  A liquid crystal has properties of both a liquid and a solid.  And, like other matter, it has phases.  In the case of a liquid crystal, there are phases of order and alignment. which create responsive behavioral changes in the same way that the phases of water — solid, liquid, and gas — behave very differently.

Scientists have discovered an ordered phase of electrons in metals that act as a high-temperature superconductor.

“Water nanotubes aligned by collagen fibers [in connective tissue] fulfill all the criteria for proton superconduction, making them excellent candidates for the meridians of traditional Chinese medicine”

Institute of Science in Society,

We assert that The New Human can access and leverage this inner organic technology.  Over the last two decades, we have developed the systems and protocols that reliably access this inner organic techology and promote physiological and functional evolution in the human system, in particular the Higher Brain.  In general, we refer to these as SalutoGenic Mechansims. To see these SalutoGenic mechanisms in action, watch this webinar at www.TheNewHumanUniversity.com/webinar

In following blogs, we will dive deeper into the inner organic technology and the highly evolved, higher order expressions in human beings.

Swanson, Randel L., “Biotensegrity: A Unifying Theory of Biological Architecture With Applications to AOsteopathic Practice, Education, and Research — A Review and Analysis,” The Journal of the American Osteopathic Association, January 2013, Vol. 113, p. 34-54