This Statement is False

“This Statement is False” is a classic paradox that points to an important realization: some statements, even if true, can neither be proved nor disproved with a system of logic.  Well, how can it be a logical system if it can’t prove true statement?  A logical system that’s illogical is illogical (yet another paradox!). However, Gödel’s incompleteness theorem has sufficient proof to demonstrate that logical systems are either incomplete or inconsistent.

Paradox points to a massive black hole in our understanding of thought. If we’re not careful, we can fall into an infinite regress that ends in hyper intellectualization with nothing to show for it. But this black hole can also be contextualized as a wormhole to even deeper understanding and mystical experience.

Paradoxes show up everywhere. Here’s a lengthy but incomplete list of approximately 300 paradoxes, and we can name a few additional and important ones here. For example, it is paradoxical that there is order within chaos. Fractal, reoccurring patterns can be observed in chaotic systems, from weather, to cosmology, to financial systems.

The Omega weather pattern. The region under the omega experiences dry weather and light wind, while rain and clouds are common in the troughs on either side. 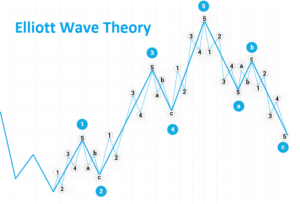 The description of chaotic behavior includes a pattern of “self-reference.”  For example, the fractal pattern known as the Mandelbrot set is described by the following equation:

The Mandelbrot set is the set of all complex numbers that will not explode to infinity when the equation is iteratively applied to them.

In the Mandelbrot Set, like all fractals in chaotic system, the future state depends on the current state: it’s self-referential. Seeing the pattern from 50,000 feet, we can take advantage of the pattern of paradox… 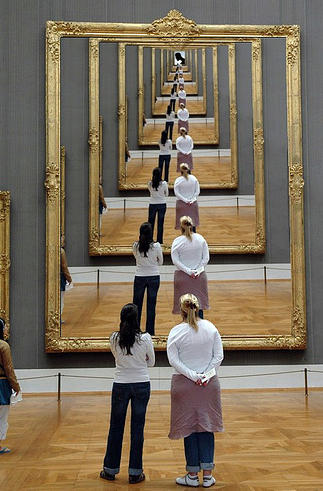 Self-reference is a key to paradox. And paradox is one of several defining features of mystical experience. Paradoxicality includes:

Before-and-after assessments of Mystical Experience after just one quarter of PraxisAletheia, the year-long Metamodern Mystery School. Statistically significant increases in mystical experience were observed, which are correlated with increases of expression of inner organic technology, which we’ve shown in previous blogs.

We create the right conditions and context for mystical experience at The Metamodern Mystery School.  We use purposefully use paradox to create conditions for awakenings to higher states & stages of consciousness. If you believe that a mystical & paradoxical journey is for you, then watch this webinar about the Metamodern Mystery School and submit an application. Our Director of Education is evaluating applications for early enrollment into the Class of 2022 with substantial tuition incentives.  Click this link www.TheNewHumanUniversity.com/webinar to get access to the webinar and the application.

“Validation of the revised Mystical Experience Questionnaire in experimental sessions with psilocybin” www.ncbi.nlm.nih.gov/pmc/articles/PMC5203697/