The Matrix: A Love Story 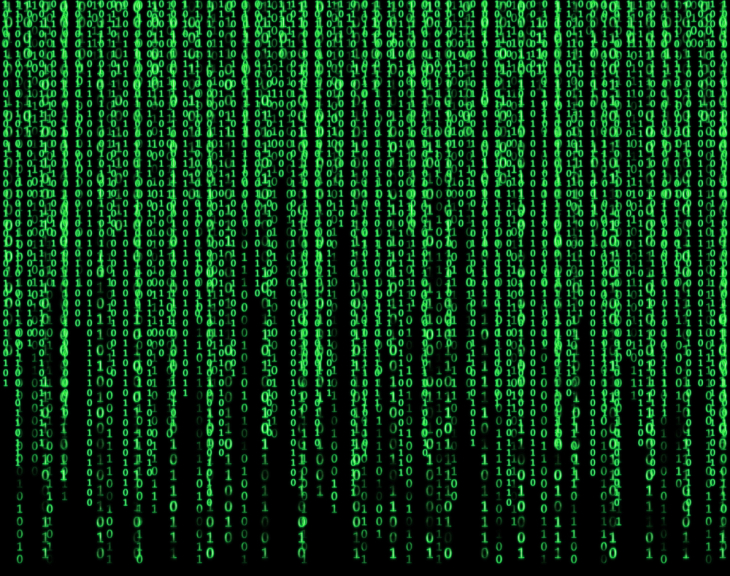 In a previous blog, we answered the question “What is The Matrix?” from an integral perspective on the power of context. In very real ways, “The Matrix” is context.

Context is expressed in language, and language can be spoken or written, but language is also structural. The environment is a mutual reflection of culture, wherein culture is often apprehended directly through language and behavior. It’s all sewn together, warp and weft, like a giant tapestry throughout spacetime — a giant matrix of minds, bodies, cultures, and environments.

In other words, the movie “The Matrix” is a context setting story: a love story. While “The Matrix” contains action scenes in defiance of authority, incredible visual effects & stunts, and deep philosophical/religious underpinnings, it begins with love, is driven by love, and concludes with love.

The newest movie, “The Matrix Resurrections” which gets released today (Wednesday, December 22nd, 2022) is a continuation of that original love story with a whole lot of nostalgia.

Let me make my case…

Do you believe in him?

In the opening scene, we discover that Trinity is watching Neo, even when she doesn’t have to. But why? Is she some kind of cyber-stalker?

The Oracle who mothered The Matrix prophesied the return of The One – a man who can remake The Matrix as he sees fit, ending the war and bringing liberation to the human race.

The Oracle tells Trinity, unbeknownst to the audience until the end, that she would fall in love a man, and that man would be The One. Morpheus believes Neo is The One. So, she’s interested… and invested!

Do you know me?

In the world of relationships, practically speaking, love means taking someone else’s interest as your own interest — a non-dual perspective — and to do that requires a deep knowledge of that person.

Here, Trinity displays knowledge of Neo’s deepest desires and keeps him in play on his path to realize that he is The One.

I hope it’s him

In this scene, Trinity risks a little more hope that the man she’s helping is The One, because that means LOVE.

To believe, or not believe

In the following scenes, Trinity encounters further doubt in Neo from her friends. All she can do is watch and wait and create the conditions for emergence.

Trinity is rooting for Neo to pass all the tests because she also wants her search for love to be over. But Neo fails the test, falls from the tower, and Trinity cannot help but express some level of disappointment, which she hides from her friends. She really wants to believe, but the time is not right…

She Brought Me Water

In the movie “Hunchback of Notre Dame”, when Quasimodo is sentenced to jail for an attempted kidnapping, Esmeralda, his victim, who pities him, serves him water. In the face of Neo’s failure, Trinity serves him a meal.

I told you so

Her ex-lover, Cypher, keeps sowing the seed of doubt, but Morpheus’ belief in Neo is overpowering to Trinity’s friends — most of them — which reinforces Trinity’s belief.

Closer to the Truth

The truth is that Trinity likes Neo, but she’s afraid to tell him that the Oracle prophesized her love for The One. It’s complicated … for now.

Faith in the Face of Apocalypse

Cypher has managed to kill off three of Trinity’s friends. Cypher does not believe in Neo and isn’t willing to “eat the same goop” another day. But Trinity believes in the face of a near-certain event that would disprove her belief in The One.

She believes in love

Neo has recently been guided by the Oracle into admitting to himself that he is not The One. But Trinity has been told that the man she loves is The One… and it’s getting harder and harder for her to hold back.

She believes in him…

She believes in him, even while others project their expectation of disbelief upon her.

Trinity is trying to help Neo believe in himself as The One, but it means revealing her love for him. It still seems complex, but it’s going to get dead simple (pun intended) in short order.

Neo is dead. The Oracle prophesized it. Either Neo or Morpheus would die. Now what? Trinity has something to say about the death of the man she loves. And he becomes more than just alive.

Does Trinity love The One or does Trinity’s love cause The One to emerge. The answer is: Yes.

Where there is fear, there is no love. We’re past that now…

What does ANY of this have to do with The New Human University, or with PraxisAletheia: The Metamodern Mystery School??

We’re big fans of “The Matrix” and of the Wachowskis and address many of the philosophical, spiritual, and even religious tones of The Matrix Trilogy. And the fourth part in the series is releasing today (Dec. 22nd, 2021). Also, we do what we do because we’re in love with the world, non-dualistically; polarities arise in divine perfection, inseparable, and indivisible.  And our love is both generalized, and specific to those in our lives. We create the conditions for our beloved students to Wake up, Grow up, Clean up, and Show up. Our love contains both Eros & Agape.

At The New Human University, our contextual framework is more than just “humans can do a little better.”  We’re full-on leaning into a 6th emergence of consciousness & culture within the human species. Our context is: Revolution is in the air. There is a new emergence happening in the species. Human physiology has evolved with the capacity to embody a New Human, a divinized human. Neo, the one, but for real.

The New Human University offers a one-year course in the teachings and practices of PraxisAletheia: The Metamodern Mystery School which leads to the body-mind of the New Human. Click this link to watch this webinar to see if you are a good fit for PraxisAletheia. We are currently offering a discount on tuition for the class beginning January 31st, 2022.